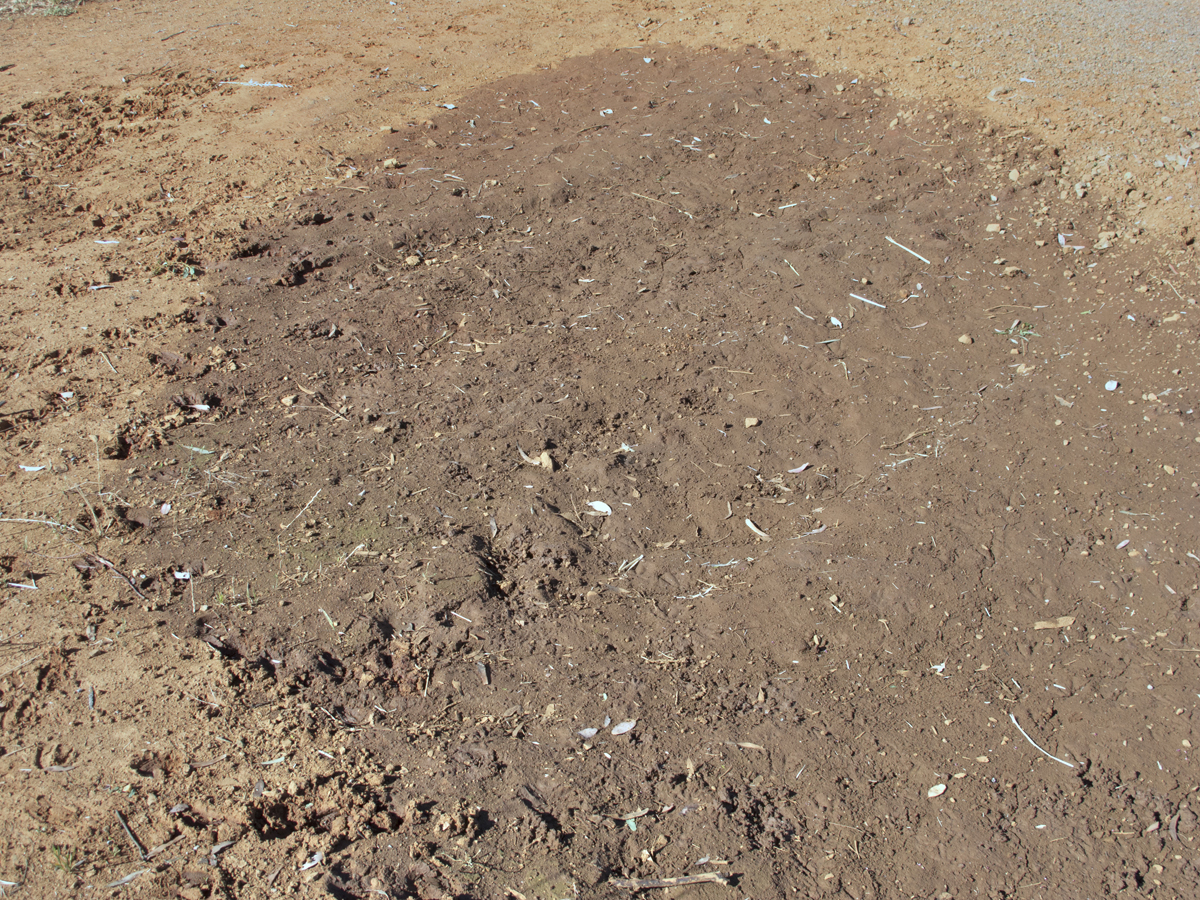 None of my orders arrived before the weekend, and, it has been a long time between sunny days so there was no way I was going to be cooped up indoors again. Both me an my two and a half year old son have been going stir crazy being inside for so long due to the cold… It was time to get grubby. No matter how much mud there is laying around, I needed to dig in it, get messy, plant something damn it! Since nothing arrived before the weekend from my last two posts (1) (2) about gardening, I had to go in to town (an hour trip) to get some supplies.

The vege patch has been a few weeks overdue getting a layer of pea straw put down. There are four important reasons to mulch. The first, and probably the most important, is for water conservation. Mulch stops the top of the soil drying out, keeps the soil moist, and can reduce watering by about 60 per cent. Mulching also prevents weeds and weed seed germination, which compete with plants for moisture and nutrients. Mulching also keeps the soil temperature constant, and using an organic mulch means you’re adding extra organic matter to the soil. After two (or near enough to) weeks of rain, the weeds were taking a bit of a hold, so, out with the digging tools and on with a layer of mulch. I used sugarcane mulch as the most cost effective option at Bunnings.

Anyway, I took the boy in to town and we bought the following;

I also bought country value seeds from bunnings. I have heard their germination rate is not as high as others, but at half the price, and as a quick something-to-do I am happy enough to take that risk. The seed I got was for winter planting and spring fruiting;

I am interested in using the peas to make a pea-teepee. Seriously. It is a thing, a living teepee. It think I might make mine giant… big enough for adults. Sweet peas occasionally, regular peas the rest of the year… It will smell good, and taste good. Stay tuned for photographs! I have had loads of luck with beetroot before, so happy to keep growing, loads of luck with carrots too, so no surprises there I hope. I have plenty of snow peas on already, so hoping the others don’t give me grief.

As a side note, I have noticed my asparagus have spears coming through! Wrong time of year (it should happen with spring rain I am told), but hey, exciting. I wont get anything good enough this year as they are only 12 months old, but in the future…. yum!

I also spent time checking in on my cuttings, which all look healthy, and taking some more cuttings (this time of rosemary) which I may use later as hedging (or just give to mates).