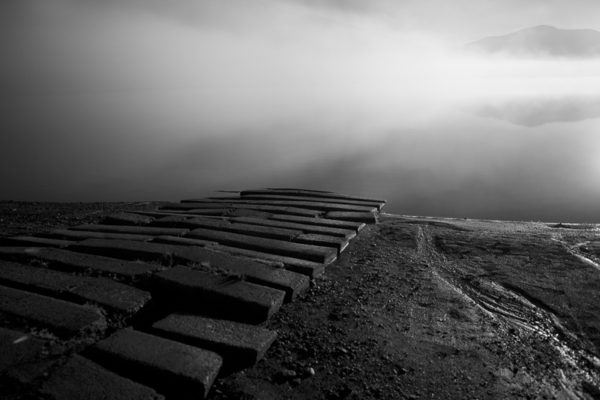 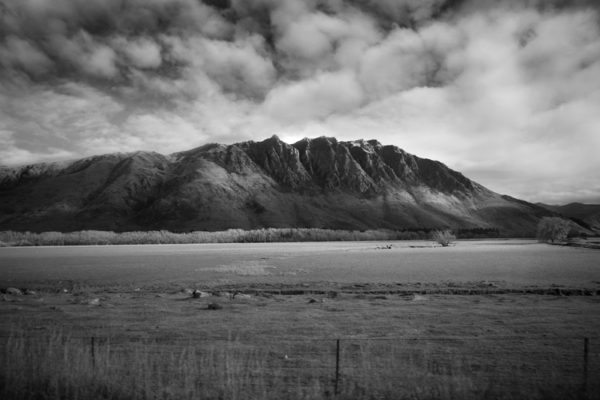 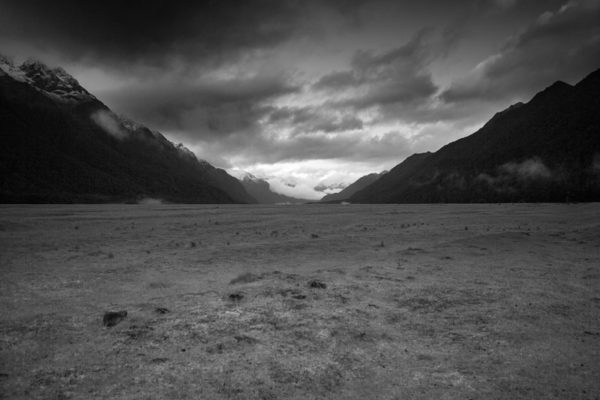 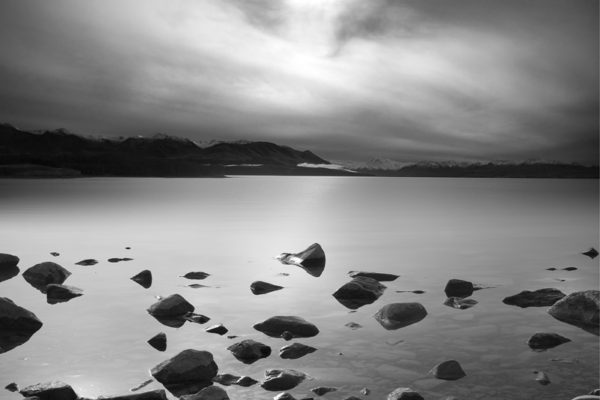 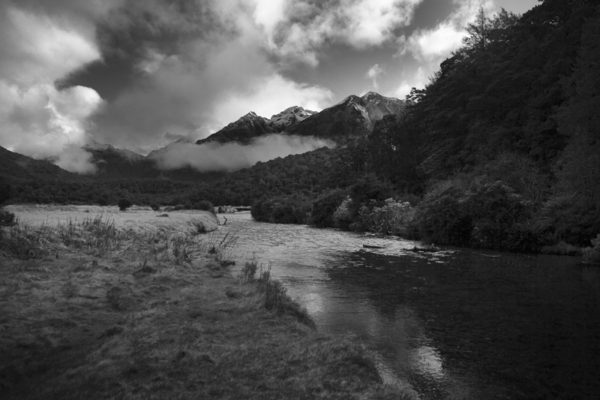 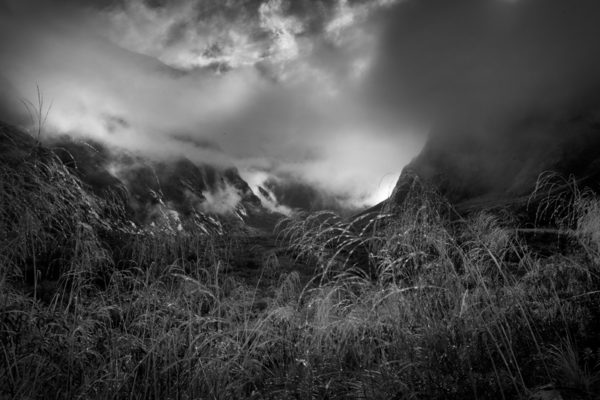 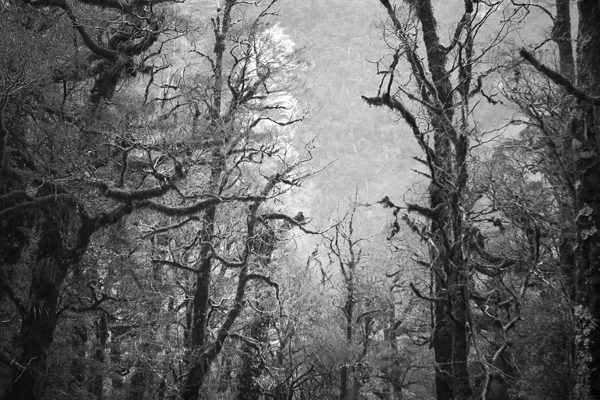 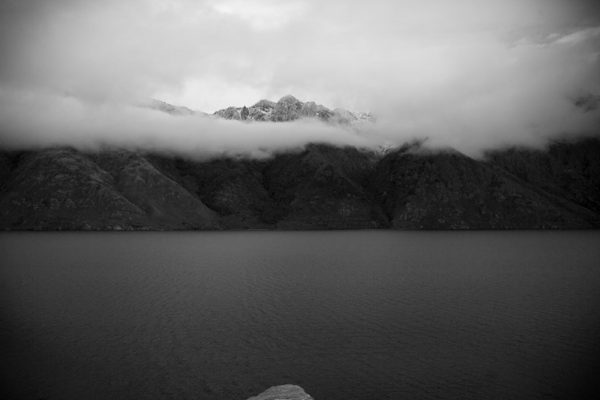 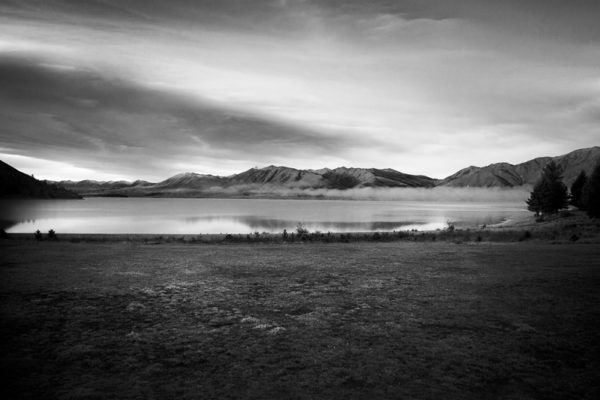 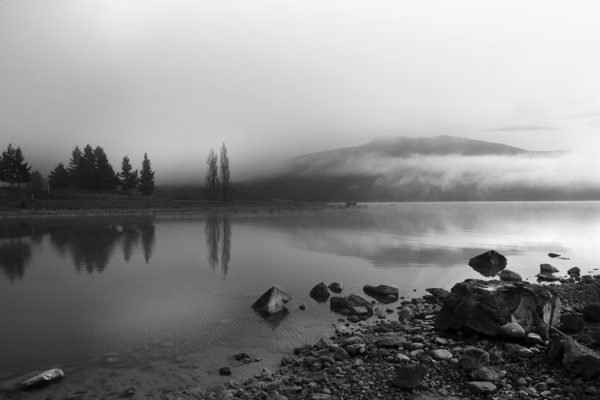 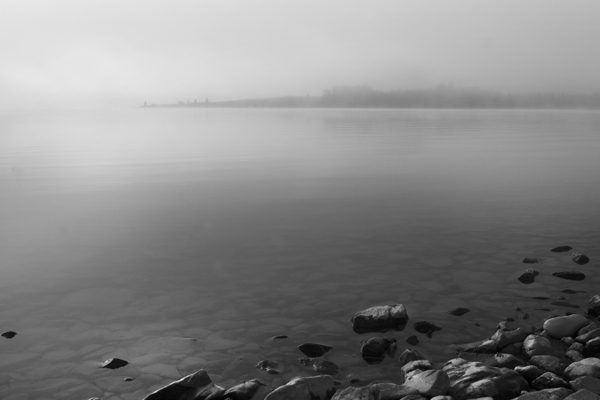 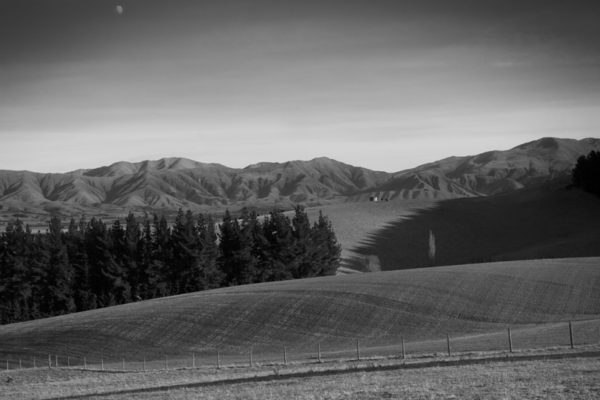 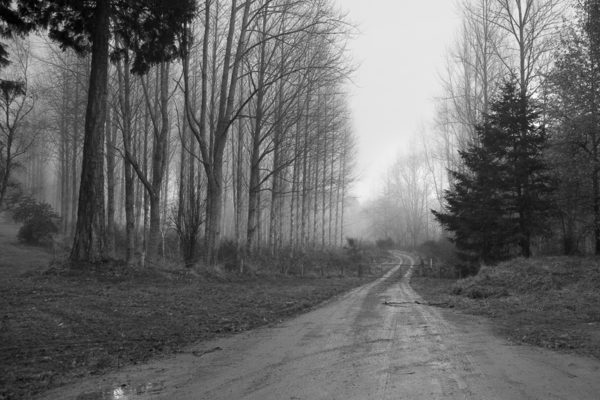 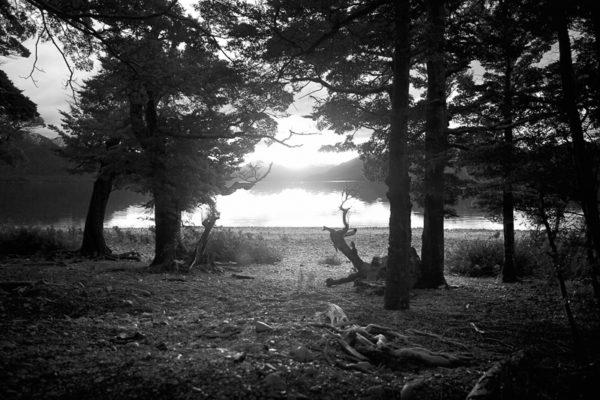 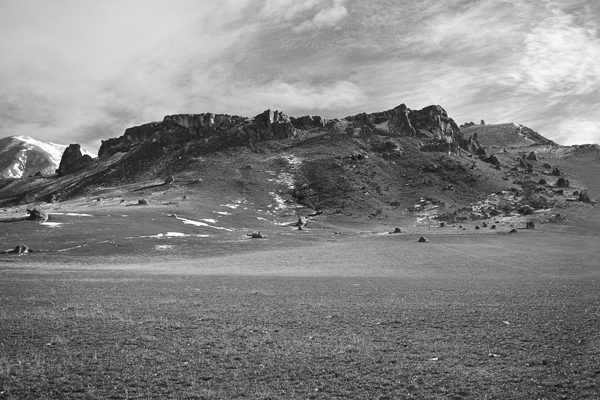 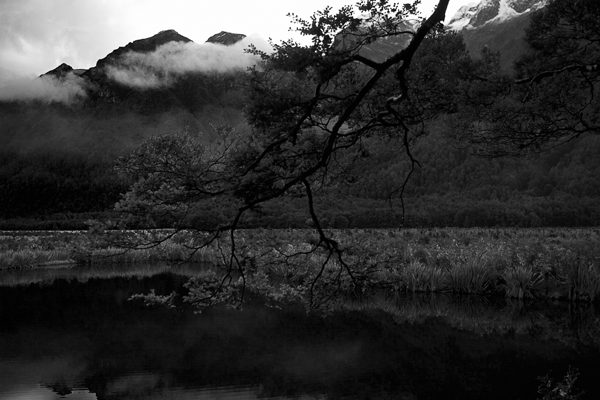 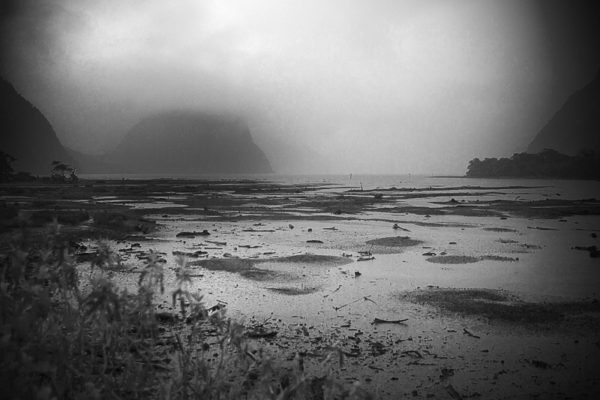 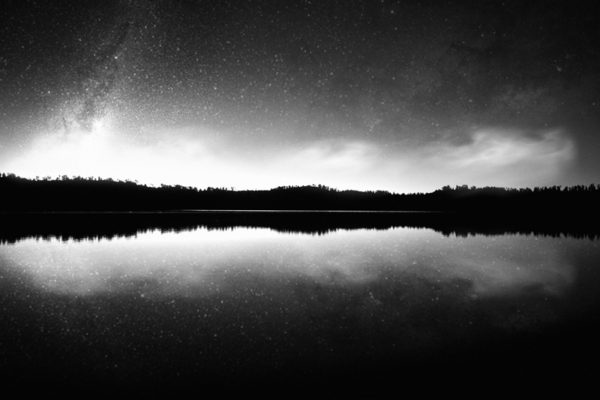 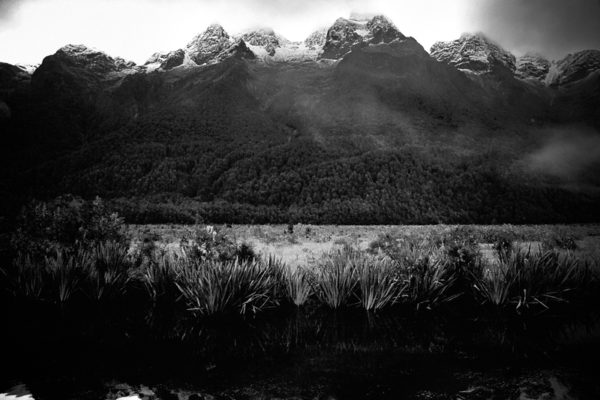 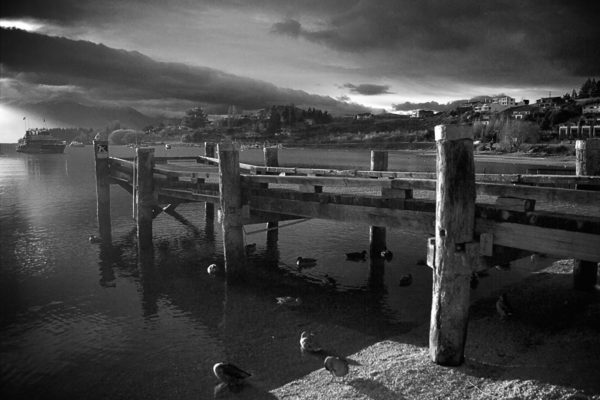 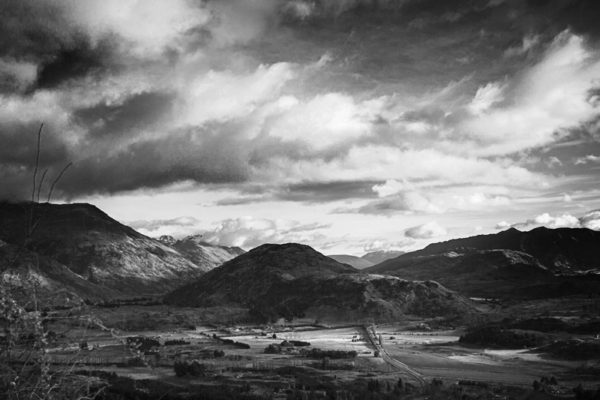 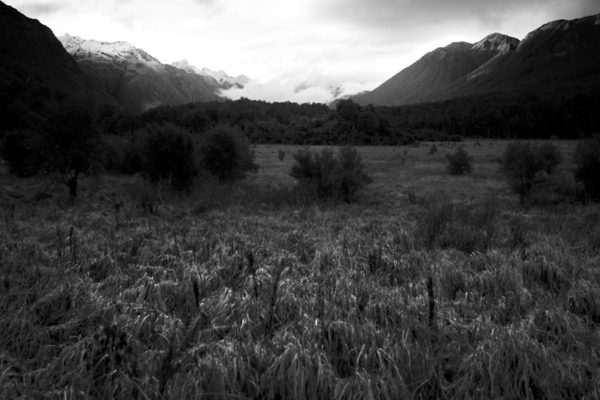 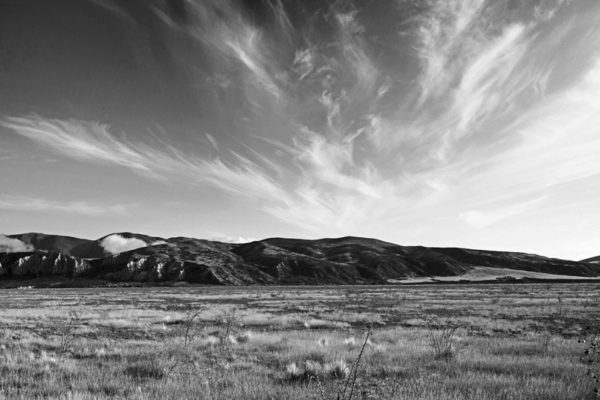 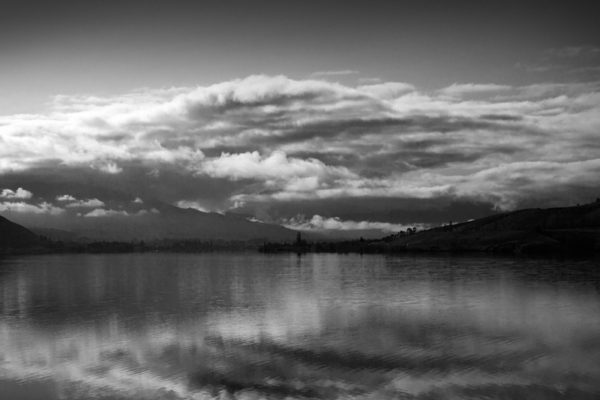 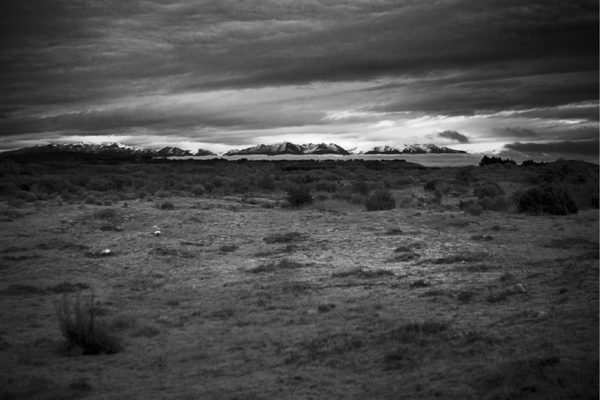 THE PSYCHOLOGICAL LANDSCAPE
Each photograph contains within its framework a complex dual nature, being simultaneously representative of the opposing forces of creation and destruction. In this developmental state the creative spirit of the photographer becomes a microcosm for the forces of universal change and are subject to the same mutability and flux. Just as time ebbs and flows in indeterminate paths, to an equally indeterminate end, so bends the will of the artisan, and with it, that of the creative work.

In all photography several paths cross, often for a mere fraction of a second and then pass each other in time’s endless procession. It is precisely this transience of self and site that the landscape photographer must inevitably engage. As Lewis Baltz writes: “The landscape… seems more a set of conditions, a location where things and events might transpire rather than a given thing or event in itself; an arena or circumstance within which an open set of possibilities might be induced to play themselves out.”1

Baltz is referring to the vast potential of the natural world, the complex interplay of elements that causally generate limitless results. The photographer is responsible for noticing a fleeting instant; in 15DAYS this moment is where elements of strength are rendered powerless and the weak gain might by proximity. It is documentation of moments when all things illuminate their vulnerability equally, and reflect critically through the camera’s lens.

Ansel Adams described these improbable meetings between photographer and landscape through the rhetoric “chance favours the prepared mind”; this is to say we must be practiced in the traditions of seeing, but more-over, knowing. With immeasurable luck we occasion upon the infinite beauty of the natural, where to observe is to witness but to document is to participate. It is in this environmental volatility, the power to manufacture or devastate that resonates with our own designed world, often forgetting that we abide by the same mechanics and laws. Our knowledge and our willingness to learn define the outcomes of our participation.

A photograph’s meaning may begin in quintessential ambivalence through its underlying, characteristically blank emotional state in which co-existing and contradictory impulses; excitement and fear, are resonated. It is often fear however that with time ultimately dominates, and results in a succeeding sense of the melancholic, an irrefutable sadness to the passing of time. Sontag writes in her body of critical essays ‘On Photography’: “All photographs are memento mori. To take a photograph is to participate in another person’s (or thing’s) mortality, vulnerability and mutability. Precisely by slicing out this moment and freezing it, all photographs testify to time’s relentless melt.”3 In this way each landscape becomes an instrument of sadness, consumed with latent melancholy and an untameable mourning for an irretrievable truth.

It is this inescapable trend towards the mortal to which I refer rather poetically and with a growing sense of sorrow to the landscapes in 15DAYS as portraits of vulnerable ghosts.

Ghosts in the traditional fictional sense are described as ethereal manifestations of the soul, typically attributed with the once living, a transient being locked in an emotional state and rendered visible only to those who are chosen to see. In this way, photographs and ghosts share a temporary existence, a trapped, helpless and lost soul with perpetually unfinished business. In the realm of landscape photography the clashing of continental plates, shifting ocean currents, cold polar winds, volcanic eruptions and innumerable other physical forces reshape the soul of the land with each passing second. 15DAYS becomes a documentation of spirits in transit where both the photographer and the land are asked to reach an uneasy equilibrium.

I make no apologies for the shifting from formal language to the colloquial when discussing this uncertain relationship between travelling souls. It becomes of utmost importance to understand the journey of the 15DAYS as a critical aspect in the reflection on the photographic outcomes, for not one, but all aforementioned physical forces interacted in a singular two-week period. These forces form a framework from which critical analysis of the photographic medium can take place and indeed make manifest the physical outcomes of the exhibition.

Take the opportunity as I did to stop, look and learn what the natural world has been desperately trying to tell us. Allow your spirit to engage with mine and those rendered within the photographs. I truly hope you enjoy engaging with my creative vision as much as I enjoyed taking these photographs.